We're gathering in the sanctuary and also via Zoom for congregational services and connections. Masks are required for in-person services. Find current links for all our online offerings on our Zoom Connections page. 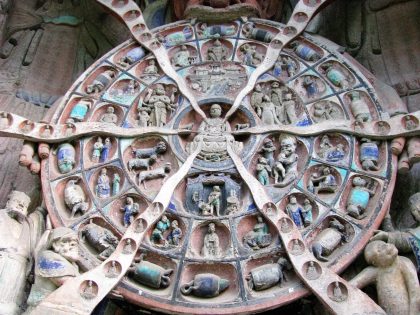 In Christianity, Grace is considered “spontaneous unmerited favour received from God”. Universalism conceives of Grace as the timely gift (help/money/approval/wisdom etc.) that comes without our having lifted a finger. Karma is a key concept in traditions like Buddhism, Sikhism and Taoism referring to intentional actions that impact one’s future. Westerners think of Karma as “inevitable consequence”, where whatever you do is returned to you. What then can Grace and Karma mean to a liberal religious community where reason and science temper our understandings of what is Holy, and given our ideas of human self-determination and Unitarian Universalism’s loose notion of “salvation by character”?

Join the Service with Zoom

>> Connect to the service via Zoom